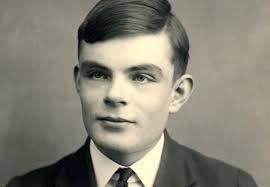 For this week's comprehension session, your text will be based on a man considered to be 'one of the father's of modern computing'. Alan Turing was a hugely important figure during World War Two, helping to crack codes that had been intercepted and using these to assist the war effort. Alan's genius was seen during his childhood, and by the age of 16, it is thought that he could understand the work of Albert Einstein in its entirety! In this text, you will learn more about the enigma machine, to link in with the work you are doing in your creative curriculum tasks, and understand how significant a part it played in ending the Second World War.

Take your time in reading the text, there is a lot of information to get through. Then, answer the questions carefully, making sure you think about the evidence you are using from the text.

We look forward to seeing your answers!

This week, we would also like you to read through the 'In Flanders Field' text. This fictional text was inspired by the very famous poem 'In Flanders Fields' by John McCrae. We used this poem as inspiration for our Remembrance poem. Although it was written during World War One, it is regarded as one of the greatest war poems ever written and was very signifcant during World War Two.