This week, I would like you to embark on your very own Make-do-and-Mend project! Rationing was not limited to food; clothing was rationed too which forced people to become creative and resourceful! If something broke, it was fixed - material was too scarce to throw anything away. People became used to making new things out of old. 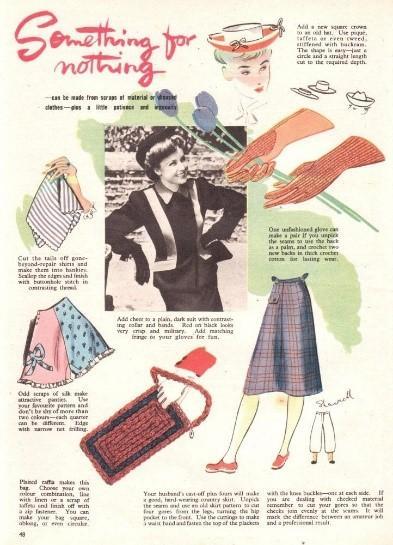 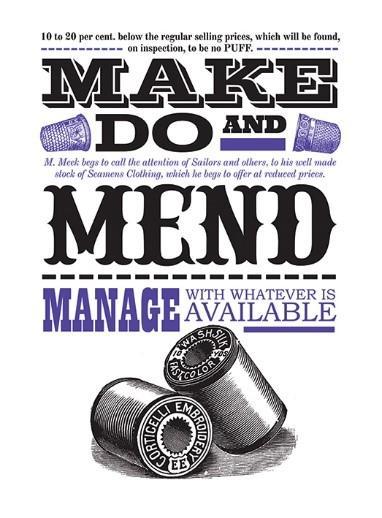 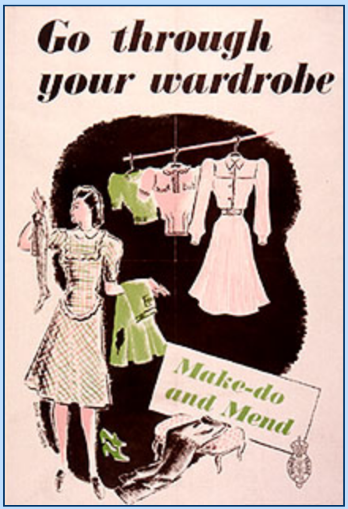 Why were clothes rationed during the war?

There was a shortage of materials to make clothes.

People were also urged to "Make do and mend" so that clothing factories and workers could be used to make items, such as parachutes and uniforms, needed in the battle against Germany.

How did people buy clothes when they were rationed?

The coupon system allowed people to buy one completely new set of clothes once a year. 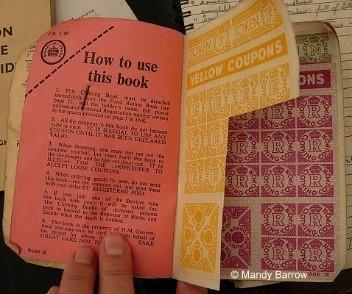 Where did people get their clothes coupons from?

The government gave every person a clothes ration book full of coupons.

Why were there different colour coupons?

Each page of coupons was a different colour to stop people using up all their coupons at once. People were only allowed to use one colour at a time. The government would tell people when they could start using a new colour.

Coupons from one colour could be saved and used with the next colour. 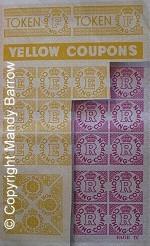 How many clothing coupons could each person use?

Each person was given 60 coupons to last them a year. Later it was reduced to 48 coupons.

Children were allocated an extra 10 clothing coupons above the standard ration to allow for growing out of clothes during a year.

The two images below show how many coupons you would need to buy different items of clothing. 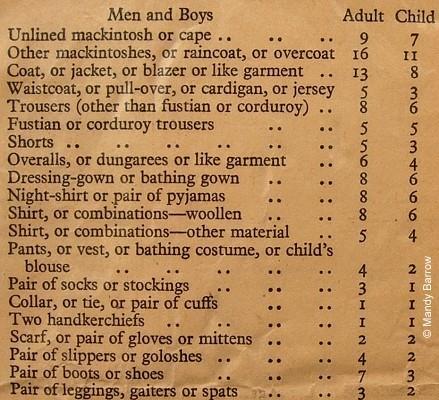 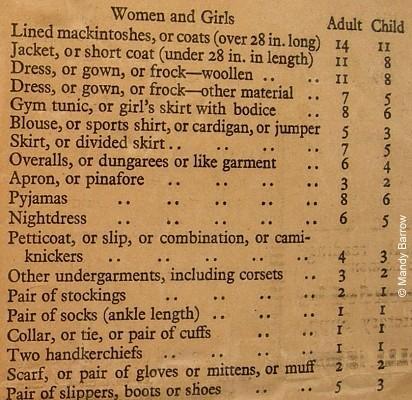 This week, I am going to set you the challenge to make your very own ‘sock monkey’! You heard right…a monkey made from a sock!

To make this marvellous creation you will need a sock, needle, thread, and something to stuff it with! If there are any other materials that you don’t have, you will have to become resourceful (just like in the war!) and think about what else you could use. for example, if you do have stuffing, rice would work just as well.

There are lots of other make-do-and-mend projects online so feel free to have a look and become as creative as you like!

Don’t forget to send your photographs in via your base email. 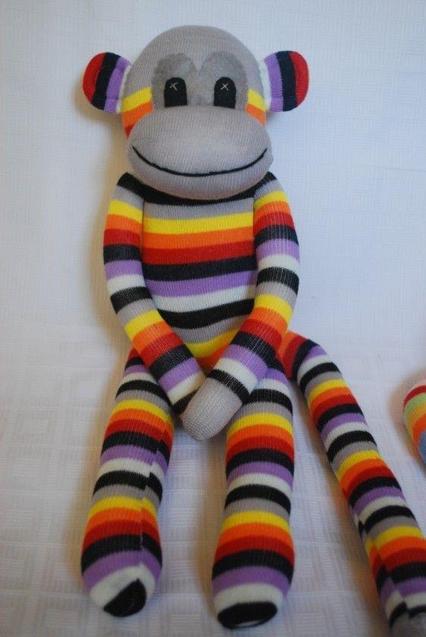 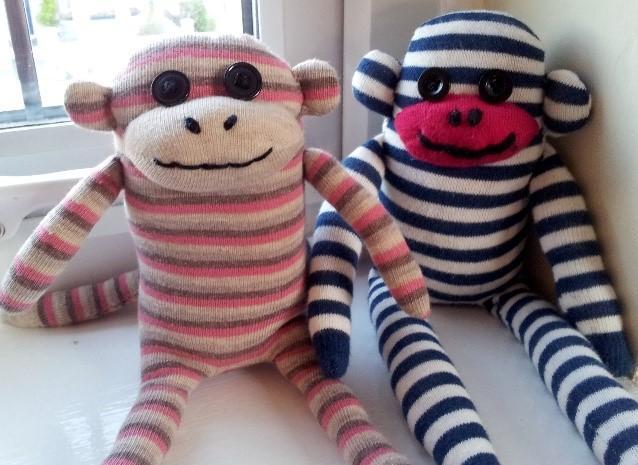 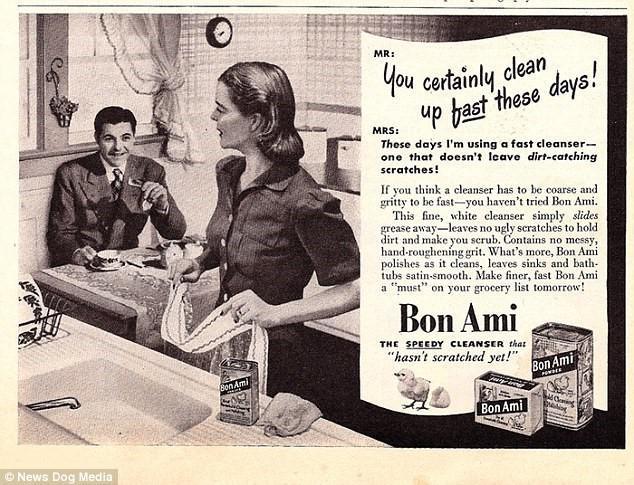 This week, I would like you to write an advert to advertise your make-do-and-mend item. If you were not able to make one, you can still write an advert – think creatively about what item you could mend and why it would be useful/fun for someone to make/use! Your job will be to advertise your new item. You want to persuade the reader why your item is the best and why they must make one. 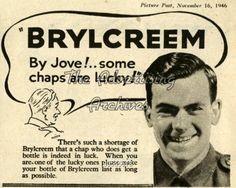 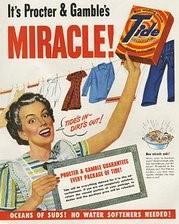 Below are some links to advert resources which you can use to help you when writing your advert.